The State Of Employment in the U.K.

As we complete our first annual Most Loved Workplaces certifications and top 100 list in the U.K., we wanted to get more thoughtful about what is happening across the pond. To this end, we did some research. We found a few possible macro differences in satisfaction, employment rates, workplace practices, and work cultures among our world’s best companies in England, Scotland, Wales, and Northern Ireland.

According to official statistics released at the beginning of 2022, employment in the U.K. is at an all-time high, despite sluggish economic growth since the COVID-19 pandemic.

With 75.7 percent of the working class people engaged in paid work at the beginning of 2022, the employment rate in the U.K. hit one of its most extraordinary levels ever. As a result, U.K. employment rose to roughly 32.5 million people as of March 2022.

Part-time work and self-employment remained below pre-pandemic levels, with full-time employment as the primary driver of growth. Here, we discuss some key statistics and trends that show the state of jobs in the U.K.

The Current Employment Rate in the U.K. and the Reasons behind It 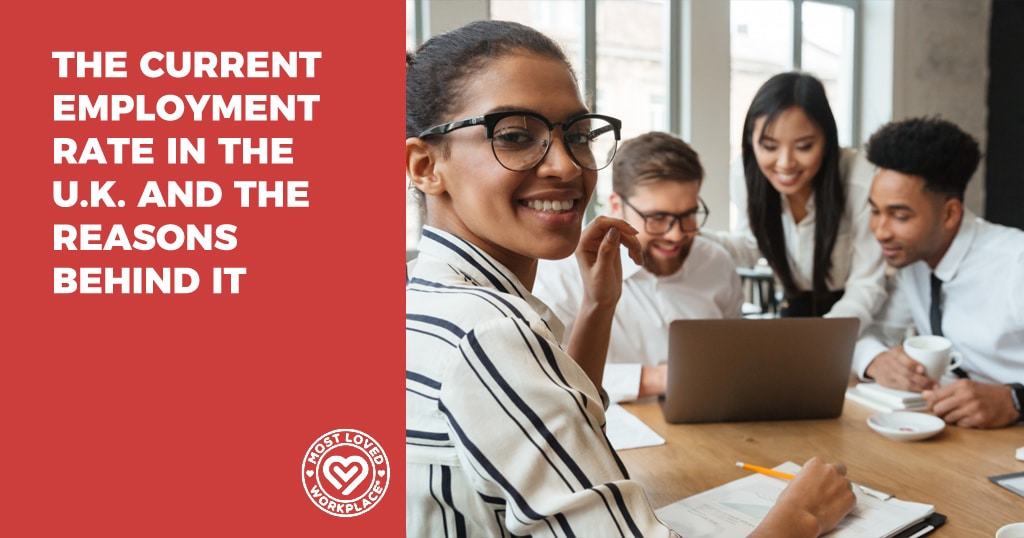 The unemployment rate fell over the quarter, while employment and inactivity rates rose, according to the most recent Labour Force Survey (LFS) estimates for January to March 2022.

The employment rate in the U.K. grew by 0.1 percentage points over the quarter to 75.7%, but it is still lower than before the COVID-19 outbreak. People between the ages of 16 and 64 who had previously been unemployed moved into employment, which increased the employment rate.

The U.K.’s labor market improved even though economic development slowed in 2015, and Brexit brought economic instability to the country.

Even though the emergence of the coronavirus pandemic in 2020 reversed these favorable tendencies, the damage appears to have only been transitory; according to U.K. government forecasts, unemployment will continue to be low, at approximately 4.6 percent until at least 2027.

The Satisfaction Levels of Employees in the UK 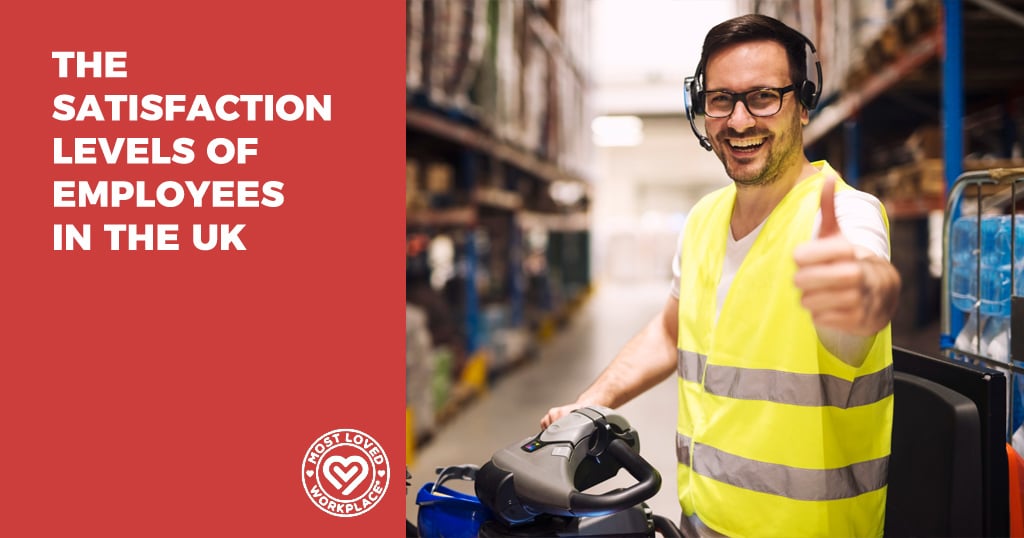 With satisfaction levels declining, workplace happiness is a hot topic in the U.K. Just over half of U.K. employees, according to recent data, are content with their jobs, leaving many unhappy employees.

Due to an economic decline after the 2008 financial crisis, just 54% of workers reported being content with their jobs in the decade leading up to 2019. This contentment rate was slightly lower than 59% in the early 1990s.

However, other indicators of well-being at work have increased over the same period. In 2015, four out of five workers said their jobs were “useful to others,” and a rising number of workers said they were “proud” to work for their company and upheld its values.

Compared to workers who rarely engage with the management, those who enjoy solid working relationships with their employers and senior staff are far less likely to quit their positions within a year. 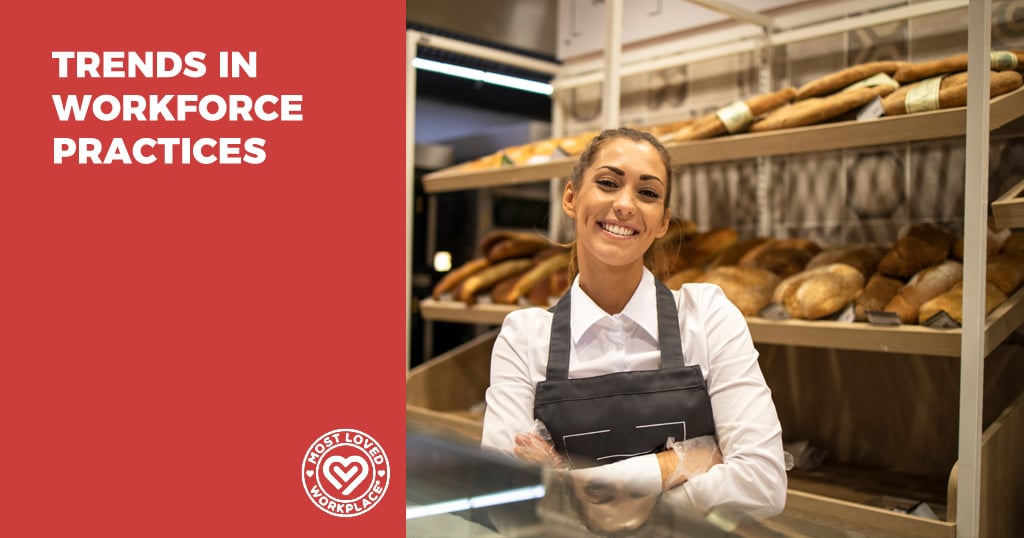 Given the significant changes that have occurred in the workplace over the preceding years, it is remarkable that people’s attitudes toward their jobs have remained consistent.

Graduates, women, and those born outside the U.K. make up an increasing portion of the workforce; unionization has decreased, and many workers are now working on more risky contracts.

On the plus side, employees nowadays seem to have a greater feeling of pride and purpose in their work. An indicator of this is that as of 2018, only 7% of the employees in the U.K. considered themselves underemployed, while 77% said they were working reasonable hours.

As defined by the U.K. government, Good Hours refer to a scenario where employees work 48 or fewer hours per week and do not want to take on extra responsibilities in their existing position or search for additional or other employment that would require working more hours.

In every age group, it was likelier for men to spend unsatisfactory hours at work than women workers. The disparity becomes notably larger when looking at people between the ages of 25 and 64, typically around 11 percentage points.

When broken down by age, men between the ages of 16 and 64 continue to have a consistent percentage of people working satisfactory hours, but men 65 and over oversee an increase. The proportion of women who work adequate hours also rose with age.

Differences in Work Culture of the U.K. and the U.S. 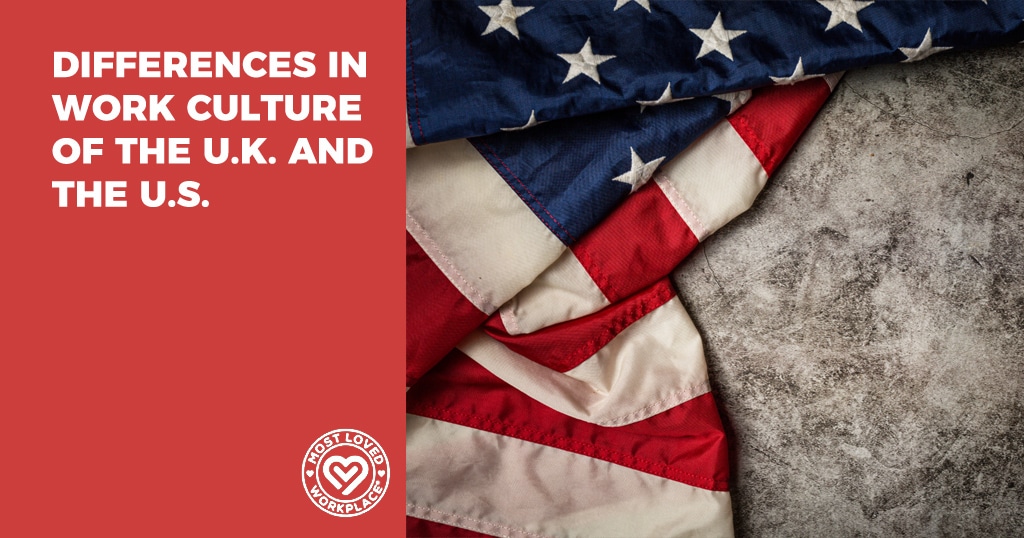 While there are many parallels between how the U.S. and U.K. companies work, there are also many glaring differences in workplace culture.

As per the data from research by the Organization for Economic Co-operation and Development (OECD), Americans are more committed and devoted to their employers compared to British workers. Compared to 1,780 in the U.S., the average number of hours worked each year in the U.K. is 1,681.

Additionally, Americans usually eat their lunch at their desks, but in the U.K., employees take an hour for lunch as well as other breaks throughout the day.

The rights granted to workers also differ significantly in the U.S. and the U.K. In the U.K., full-time workers have a legal right to up to 28 weeks of sick leave. In the U.S., unless your firm explicitly offers a competitive benefits package, there is no guarantee of sick time. Also, the U.K. provides 28 days of paid vacation time, while there are no such guarantees in the U.S.

According to a YouGov study, British workers aren’t hesitant about using the paid vacation time to which they are entitled. British citizens are the most likely to use all their vacation days out of 22 major nations, including the U.S.

In the U.S., Federal law does not mandate lunch or short breaks, which the U.S. government, interestingly, alludes to as “coffee breaks,” as per the U.S. Department of Labor. Additionally, as we already know, Americans typically take minimal breaks away from their workstations.

On the other hand, if a worker in the U.K. works more than six hours per day, they are entitled to one undisturbed 20-minute rest period during the workday. U.K. employees also work fewer hours per week than in the U.S. An estimate recently shows that full-time workers in the U.K. put in an average of 42.7 hours a week, which is still less than the 47 hours put in by Americans.

Lastly, workers in the U.K. are more likely to socialize with their colleagues outside the workplace than their American counterparts. To provide some perspective, according to a YouGov poll conducted for the TUC, one in five people in the U.K. (22%) met their spouse or partner at work, and one-third have dated a coworker at some point. So, the number of colleagues socializing outside of work is likely high.

Overall, the numbers indicate that the labor market in the U.K. continues to be hot despite all the challenges facing the country’s economy. The number of satisfied workers in the U.K. also appears to be higher. And the work culture in the U.K. seems to be significantly different from that of the U.S., owing mainly to the work provisions afforded by the U.K. government to employees.

If you would like to get certified for free to become one of the Top UK Most Loved Workplaces®, start the process here now.

Louis Carter is the founder and CEO of Best Practice Institute, founder of Most Loved Workplace and the author of more than ten books on best practices in leadership and management, including Change Champion’s Field Guide, In Great Company, and Best Practices in Talent Management. Thought leaders and executives voted him one of Global Gurus Top 10 Organizational Culture thinkers worldwide. He is the host of the Leader Show on Newsweek.

Louis Carter is the founder and CEO of Best Practice Institute, Most Loved Workplace, and Results-Based Culture. Author of In Great Company, Change Champions Field Guide, and Best Practices in Talent Management, as well as a series of Leadership Development books. He is a trusted strategic advisor and coach to CEOs, CHROs, and leaders of mid-sized to F500 companies – enabling change and steering employer brand development together with highly effective teams, leaders, and organizations as a whole.

Would You Like to Learn How to Become a Newsweek Top 100 Most Loved Workplace®?

Simply fill out your details below.

Would You Like to Learn How to Become a Most Loved Workplace® ?

Join a movement of companies who consciously place love for their employees at the center of their business model.